Barring a Hollywood ending, 2019 will not go down as a year for the record books.

Heading into the Christmas holiday, box office receipts are down nearly 4.6% at roughly $11.88 billion, marking the steepest drop in half a decade. The lackluster results are a consequence of too many blockbuster-hopefuls that weren’t, and misguided attempts to reboot, revive and reanimate tired franchises that had worn out their welcome. Moviegoers shouldn’t hold their breath for any more “X-Men” adventures or “Charlie’s Angels” outings, and any dreams of a “Cats: Part Deux” have been effectively declawed.

Despite those duds, there were bright spots aplenty. Robert Downey Jr.’s Iron Man got a rousing sendoff with “Avengers: Endgame,” supplanting “Avatar” as the highest-grossing film in history. “Us” secured Jordan Peele’s place as the dominant force in horror, spinning a zeitgeisty hit that rivaled the success of his previous film, “Get Out.” And “Joker” reinvented the comic book genre with a vengeance, turning the story of a failed comic’s turn to the dark side into an unorthodox crowd pleaser.

To assess this year’s biggest hits and misses, Variety didn’t just go purely by final grosses. We looked at the film’s profit margins, cultural impact and, in some case, counter-programming prowess. With that in mind, here are 2019’s biggest success stories and cautionary tales.

Now that’s what we call a finale. “Avengers: Endgame” served as a culmination (of sorts) to the decade-spanning Marvel Cinematic Universe. Anticipation to see Robert Downey Jr.’s Iron Man, Chris Evans’ Captain America and Scarlett Johansson’s Black Widow assemble to take down the purple baddie named Thanos might never be duplicated. Disney’s superhero epic eviscerated just about every box-office record imaginable on its way to dethroning “Avatar’s” 10-year reign as the biggest movie in history. Bow down to Earth’s Mightiest Heroes.

Can you count the money tonight? A generation of moviegoers who grew up on the story of Simba’s rocky journey to assume his place as leader of the Pride Lands was able to take their own children to this CGI re-imagining of Disney’s animated classic. That made “The Lion King” an all-ages smash that had its corporate backers at Disney humming “Hakuna Matata” all through the summer.

The craziest comic book smash in movie history. Director Todd Phillips and star Joaquin Phoenix reimagined the Clown Prince of Crime as an anti-hero out of a Scorsese film — tortured, twitchy and hanging onto his sanity by the slenderest of threads. Then they plunged him into a cesspool of urban decay, saddled him with the battiest maternal figure since Mama Bates and repositioned Joker as an archangel of anarchy. Despite the bleak nature of the material, audiences turned out in droves, leaving Warner Bros. and DC Films laughing all the way to the bank. Plus, with a budget of just $55 million, “Joker” has some of the most enviable profit margins in history. 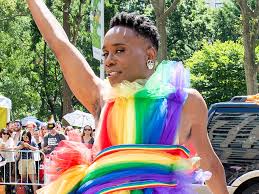 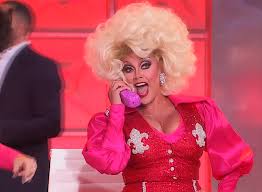 ‘A 10ft pole is not long enough’: Matt Gaetz isolated in sex-trafficking scandal